The Card by Brandon R. Luffman

When a strange tarot card appears in a friend’s deck, Jason assumes it’s just a prank done in poor taste. But, when terrible events befall those around him, he must face the possibility that something sinister is afoot.

Death is closing in, along with a suspicious detective who believes that Jason may be the killer he’s stalking. With his life turned upside down, Jason finds that there are worse things to be hunted by than the authorities.

This 4,500 word short is a supernatural horror story in the spirit of the pulp era, but with a modern feel.

Goodreads reviews for The Card

Reviews from Goodreads.com
Posted by Anonymous at 6:25 PM No comments: 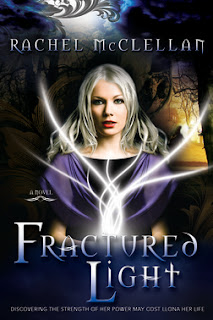 Noree Cosper loves writing about magic in the modern world. While growing up in Texas she constantly searched for mystical elements in the mundane. She buried her nose in both fiction and books about Wicca, Religion, and Mythology. Everyday became an adventure as she joined a group of role-players, acting out her fantasies of vampires, demons, and monsters living in the world.
She embraced her nerdom wholeheartedly.
Noree grew, but never left her love for fantasy and horror. Her dreams pushed her and her hand itched to write the visions she saw. So, with her fingers on the keys, she did what her heart had been telling her to do since childhood. She wrote.
1.       Where's the strangest place you've ever written?
I suppose the strangest place I’ve ever written would be at an auto shop while waiting for my car to be inspected. I know, so fascinating, but most of my writing takes place at home or wherever I’m working at the time.
2.       What book do you wish you had written?
I don’t think I’d want to write any series belonging to another author, though I admire many for their talent (like Neil Gaiman). They told their stories in their voice and I like telling in my own.
3.       What inspires you?
Lots of things: movies, music, roleplaying, pictures. Odd bits of myth are always fun.
4.       When did you start writing?
I started writing when I was in middle school. My mom still talks about this one story I wrote about a ring that could grant wishes.
5.       Tell us three things about you that aren’t about writing.
1.       I like playing MMO video games. Right now I am playing the Secret World and Guild Wars Online
2.       I like baking pies and I’m apparently pretty good at it.
3.       I’m a Chocoholic. It’s tough but I can seem to shake my urges for it sweet goodness.

BOOK BLURB:
Ninety years ago, Gabriella di Luca promised to protect the family of her dying lover. She failed to keep that promise.  She was too far away to stop the devil that murdered the eldest Van Helsing son. Years later, Gabby learns the devil has resurfaced. She arrives in Hampton, TX, determined to stop the devil before it can lay a bloody hand on the remaining three brothers.

However, madness is spreading through Hampton. She suspects the devil is using this madness to test a drug which has a side effect of demonic possession.  Gabby rushes to end the source of the madness only to fall victim to it. For a woman cursed with eternal life, dying is no threat. However, Gabby must stop the devil's plot or risk losing her most precious possession: her mind.